Simply Living screens cutting edge films that explore the diverse aspects of living our lives more in alignment with nature in ways both high touch and high tech. Our Documentary Films + Local Solutions series illustrates two trends that are often stereotyped at opposite ends of the spectrum – hippies at one end, techie nerds at the other.  Below are details about the two films scheduled in June. 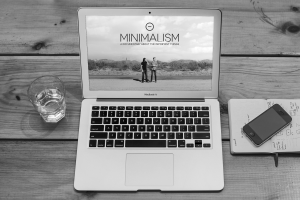 Minimalism examines the many flavors of minimalism by taking the audience inside the lives of minimalists from all walks of life—families, entrepreneurs, architects, artists, journalists, scientists, and even a former Wall Street broker—all of whom are striving to live a meaningful life with less. Q&A discussion after the film feature local minimalists and organizations with strategies to help us live more simply.  RSVP on Eventbrite. Updates on Facebook and Meetup.

In a digitally-driven society, social and economic theorist Jeremy Rifkindescribes the birth of a new economic system that can address climate change and create a more equitable and empathic world. A Third Industrial Revolution is unfolding with the convergence of three pivotal technologies: an ultra-fast 5G communication internet, a renewable energy internet, and a driverless mobility internet, all connected to the Internet of Things. This 21st century smart digital infrastructure is giving rise to a radical new sharing economy that is transforming the way we manage, power and move economic life. Q&A after the film with Zach McGuire of Smart Columbus and other local visionaries. Cost: $5 Donation.Register on Eventbrite. Updates on Facebook and Meetup.

These films dig under the surface and reveal commonalities that link them together: both address sustainability issues, and both are intent upon creating a future that enhances our quality of life. Sustainability turns out to be less about sacrifice, and much more about reinventing our lives based upon values of community, connectedness, and healing earth’s ecosystems.

Simply Living offers “community education for sustainable living,” according to Executive Director Sarah Edwards. “Our films raise important national and even global issues, but after each film we assemble a panel of local experts and organizations who are addressing the larger issue or trends locally in Columbus and central Ohio. “

For example, Alex Young, a local minimalist with a passion for living mindfully, will lead the talkback and Q&A session after screening Minimalism: A Film about the Important Things. However, you might not expect that Car2Go would also participate, touting their service as an effective strategy for living more simply and sustainably – and they have the stats to backup their claims. You can imagine other similar strategies – bike, bus, walk are part of the mix.

Similarly, after showing Vice News’ production of The Third Industrial Revolution: A Radical New Sharing Economy, we’ve invited Zach McGuire of the Smart Columbus project, to link the work of Jeremy Rifkin’s vision of the Internet of Things to on the ground activities in Columbus to build an infrastructure to support an electric transit grid based on green energy.

A takeaway from juxtaposing these two films applies to Simply Living: please do not judge our local nonprofit (Est. 1992) solely by its name with roots in the voluntary simplicity movement. As Albert Einstein cautioned, “Everything should be made as simple as possible, but not simpler.” True, living simply will minimize our individual ecological footprint, and that is useful, even admirable. But our responsibility does not end there: that would be too simple!

We live in communities that in turn depend upon nature’s ecosystems. That’s why as Simply Living members we connect the dots across multiple systems – local food, renewable energy, electrified transit, independent media, holistic health care, and democratic political and economic systems that support our individual lifestyle choices. The Third Industrial Revolution offers a road map to an internet-based communication, energy, and transit infrastructure that promises to end our dependence upon fossil fuels.

The bottom line: live simply, but embrace the whole system. These films offer strategies that can help us re-align with nature’s systems and cycles to create an ecological culture for us as individuals and as co-creators of our communities.

View Friday’s FULL December 28 Community Update HERE! If you would like to receive this weekly…