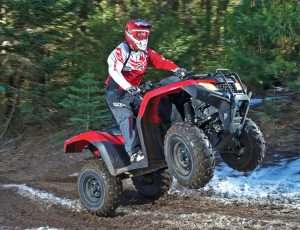 I recently received this email from simple liver Louis Troll:
Ohio DNR proposes to build over 100 miles of APV trails in Zaleski, Union Furnace, and Shawnee forests.  I own a cabin on 148 acres across from Zaleski Forest.  Most people in Ohio do not know about this terrible idea.  The State Recreational Vehicle (SRV) fund has a couple of million dollars and is being pressured to spend the money by special interests groups.  Maybe your listeners would be interested?   I’m attaching a Dispatch article from July 31st.
I usually go to my cabin Tuesday afternoons thru Thursday.  I am mostly off the grid except when I walk up a hill to check messages and email on my cell phone
Louis Troll
Home 614 486 0964
Cell 614 325 2332


The following article was written by the Dispatch environmental editor, Beth Burger. I am not sure of the status of comments submitted to the Ohio State Division of Forestry, but I told Louis that I would alert our Simply Living community to this issue. You are welcome to reply to this blog entry or get in touch with Louis. If you are on social media, you can share this post with your Facebook friends and Twitter feed.

Debate is already underway through public meetings and on social media over draft plans to allow mining and logging of hundreds of acres and expanding by miles all-purpose vehicle trails in some of Ohio’s 21 forests.

Ohioans have just under a month to submit any concerns or other comments in writing to the state’s Division of Forestry, which has published drafts online of annual work plans for the forests. Combined, the state’s forests cover nearly 200,000 acres.

“I think if people submit their comments in mass, then we could could really make an impact,” said Loraine McCosker, who co-chairs the forest and public lands committee for Ohio Sierra Club, an environmental group. “My primary concern is how these forests are being managed.”

John Mueller, who is the district manager for the state’s Maumee forest in Fulton, Henry and Lucas counties and Mohican-Memorial forest in Ashland County, said forestry division officials “welcome any of the comments we get and take them into consideration.”

The following is already in the works and reflected in drafts of plans:

‒ Vinton Furnace in Vinton County, Zaleski in Vinton and Athens counties, and Shawnee in western Scioto and eastern Adams are all being considered for all-purpose vehicle (APV) trails. None exist at those locations now.

‒ The Ohio Environmental Protection Agency and the Ohio Division of Natural Resources (of which the forestry division is a part) are reviewing permit applications by Oxford Mining Co. to open a surface mine in Perry State Forest. Oxford has a 10-year lease on about 545 acres of the 4,567-acre forest in Perry County.

“In order to keep the forest healthy and productive, we have to manage it,” Mueller said of harvesting, which includes thinning of trees in heavily treed areas.

Steve Roley enjoys backpacking in the state’s forests. He said the proposed 52 miles of APV trails at Zaleski would mar the experience of enjoying nature with the sound of revving engines as some vehicles go racing through. He also worries that some riders may go off the trails and that it would be challenging for officials to enforce rules.

The proposed APV trail at Zaleski forest would intersect hiking trails in at least two locations, he said, which could pose a potential safety hazard. While Roley wants everyone to enjoy the state’s forests, he said it would be safer if the trails were kept separate.

“It’s definitely something people are concerned about,” said Roley, who posted on a Facebook page about the plan. The post was shared more than 200 times. Last week, he attended one of the open houses the state held to discuss the draft plans.

Bill Kaeppner, who is the president of Ohio Motorized Trails Association, said the proposed APV trails are, “very needed in the state of Ohio.” The proposed trail at Zaleski would boost the local economy, he said.

Kaeppner claimed most riders aren’t racing through the woods but are also there to ride and enjoy the scenery, he said. He doesn’t believe there is a safety hazard by the APV trail crossing with hiking trails.

“I don’t see it as a safety issue because it isn’t. It’s not like you’re crossing Interstate 70 at rush hour,” Kaeppner said.

The concerns about proposed APV trails will be taken into consideration, but there’s also plenty of support to expand them, too, Mueller said.

He said the APV trails are a “legitimate use of those lands.”

“We take the comments and understand, but it affects a small footprint of [forests],” Mueller said. APV trails currently cover 51 miles and make up 8 percent of all trails on Ohio’s state forests, according to a division spokesperson. It’s unclear how many more miles would be added if all of the proposed trails are approved and The Dispatch’s request for a total was not provided by deadline.

Ohioans have 30 days from the date of the last open house — which was held Friday — to submit their comments on the draft plans, Mueller said.

The state’s Forestry Advisory Council, which has members appointed by the governor with the advice and consent of the state senate, can recommend changes to the plans, Mueller said. The eight council members are from disciplines ranging from the pulp and paper industry to private forest owners, according to the division’s website.

Any changes to the plans can be made accordingly, Mueller said, but ultimately forestry chief Robert Boyles makes the final call.

The proposed draft forestry work plans are available online at http://forestry.ohiodnr.gov/stateforestplans. Emailed comments on the proposed draft plans can be sent to forestry.comments@dnr.state.oh.us.