If you have been thinking about going solar, now is the time to act. On Tuesday, July 12, a cohort of city and community groups including Simply Living launched the Columbus Area 2022 Solar and EV Charger Co-op through a program called Solarize.

You may be familiar with the idea behind a solar coop. The concept, spearheaded by Solar United Neighbors, is to pull together a lot of people who are interested in going solar in order to obtain a bulk purchase rate. Often coop members can obtain a 10 to 15 percent discount on a solar system. Couple that with the 26 percent federal tax break – which falls to 22 percent next year – and solar becomes truly affordable.

Solarize takes the idea of a solar coop one step further. Through the Solarize program, Columbus partnering organizations – including Sustainable Columbus, Mid-Ohio Regional Planning Commission, Solar United Neighbors, Impact Community Action, and Simply Living – went through a series of training sessions on how to launch and run a solar coop with sustainability officers and community groups from seven cities.

As part of Solarize, Impact Community Action is conducting the Empowered! program to provide on-the-job training, shadowing, and mentorship opportunities, and apprenticeship and job placement for solar installation, resulting in $1 million invested in the local economy and creating 30 living wage jobs.

Simply Living is especially proud that one of our interns, Abby Esch (left), has been part of the Solarize meetings and trainings since she joined us, and will be tabling at upcoming events to tell people about the Solarize coop and how they can join.

“Solarize Columbus is a solar co-op that would allow you to purchase and install solar panels at a less expensive rate and provide expert help throughout the entire process,” Abby said. “Joining the co-op would allow you to save on energy costs and be part of a community that strives to live more sustainably. I encourage everyone to attend an information session and learn more about how joining a solar co-op could benefit your life.”

Want to learn more? Simply Living will be holding a First Fridays online information session about Solarize on Friday, August 5, at noon. Even if you can’t make it, consider registering as the event recording will be sent to everyone who registers. Register here

Additional Information sessions are scheduled for:

Solar United Neighbors provides unbiased, installer-neutral support through each stage of the process of going solar. Their team ensures you understand how solar works, how it saves you money on your bills, and how it can be installed on your home.

Co-op volunteers will choose an installer on behalf of the entire group through an open and competitive bidding process. The selected installer provides everyone in the group with a personalized proposal for their consideration; there is no obligation to install.

For more information about the solar coop and to sign up, visit SolarUnitedNeighbors.org/Columbus

Watch the Solarize launch below (12 minutes): 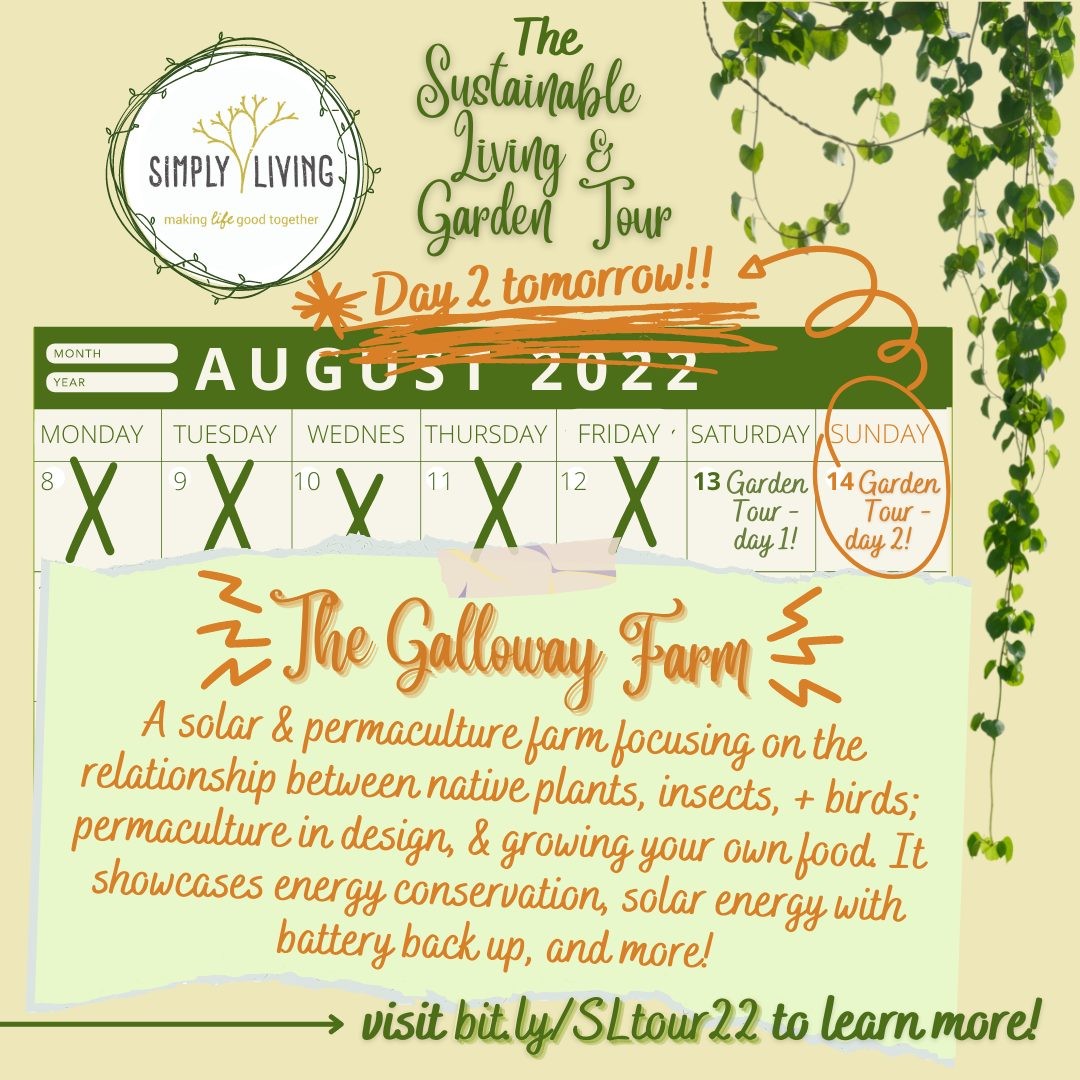 simplyliving614
•
Follow
The fun is just beginning--enjoy the self-paced tour today and don't forget about Day 2 tomorrow at the Galloway Farm! Yep, your ticket gets you access to BOTH DAYS ✌️😎 🕑 Please arrive by 2pm on Sunday to catch the full guided tour! Visit bit.ly/SLtour22 for tickets & more info.
View on Instagram |
1/9 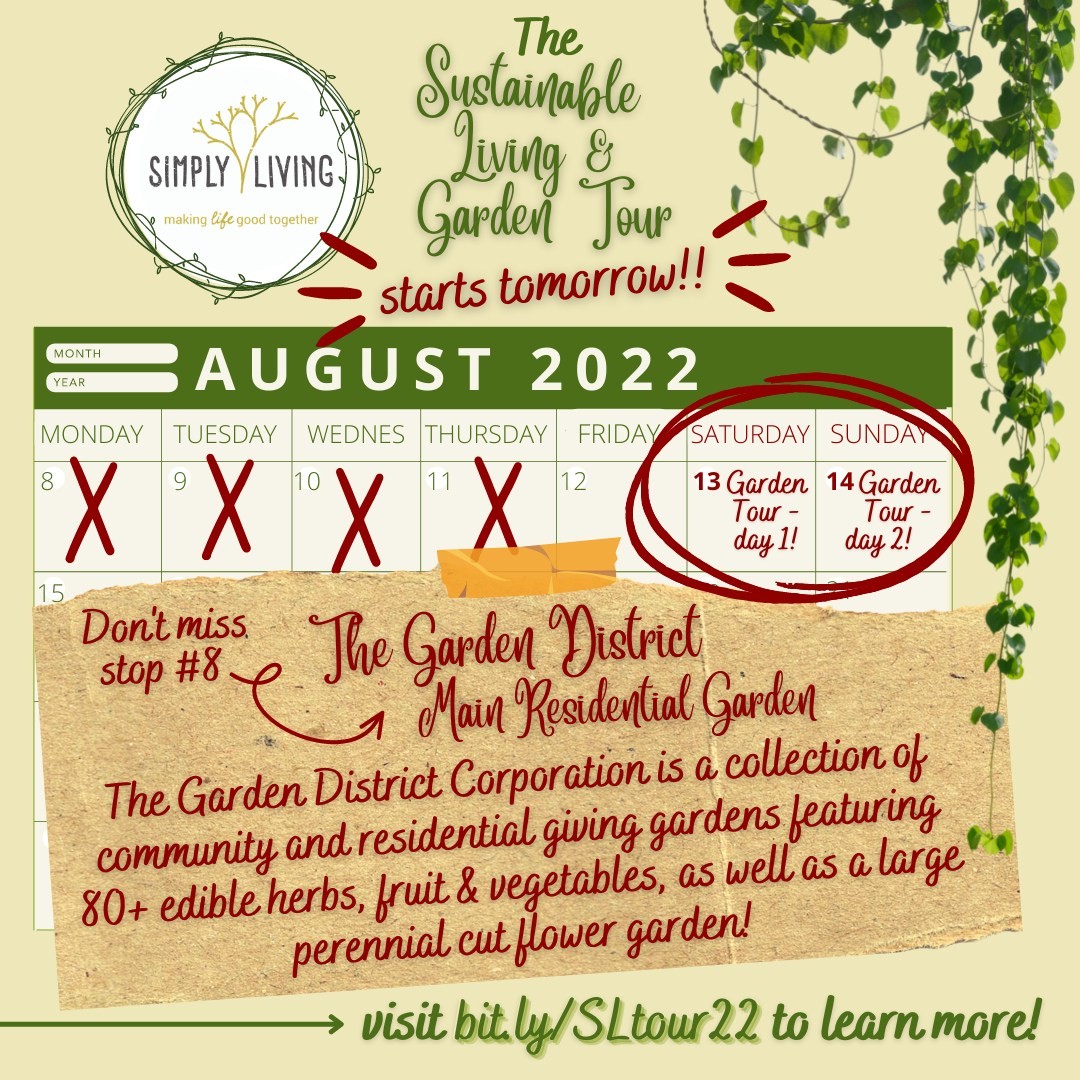 simplyliving614
•
Follow
The Sustainable Living & Garden Tour starts tomorrow! 🥳 Enjoy the self-paced tour on Saturday and be sure to come out on Sunday for Day 2--the guided tour of the Galloway Farm, a solar permaculture farm & residence ☀️🌱 👉 A ticket gets you access to BOTH DAYS! Visit bit.ly/SLtour22 for tickets & more info 😎
View on Instagram |
2/9 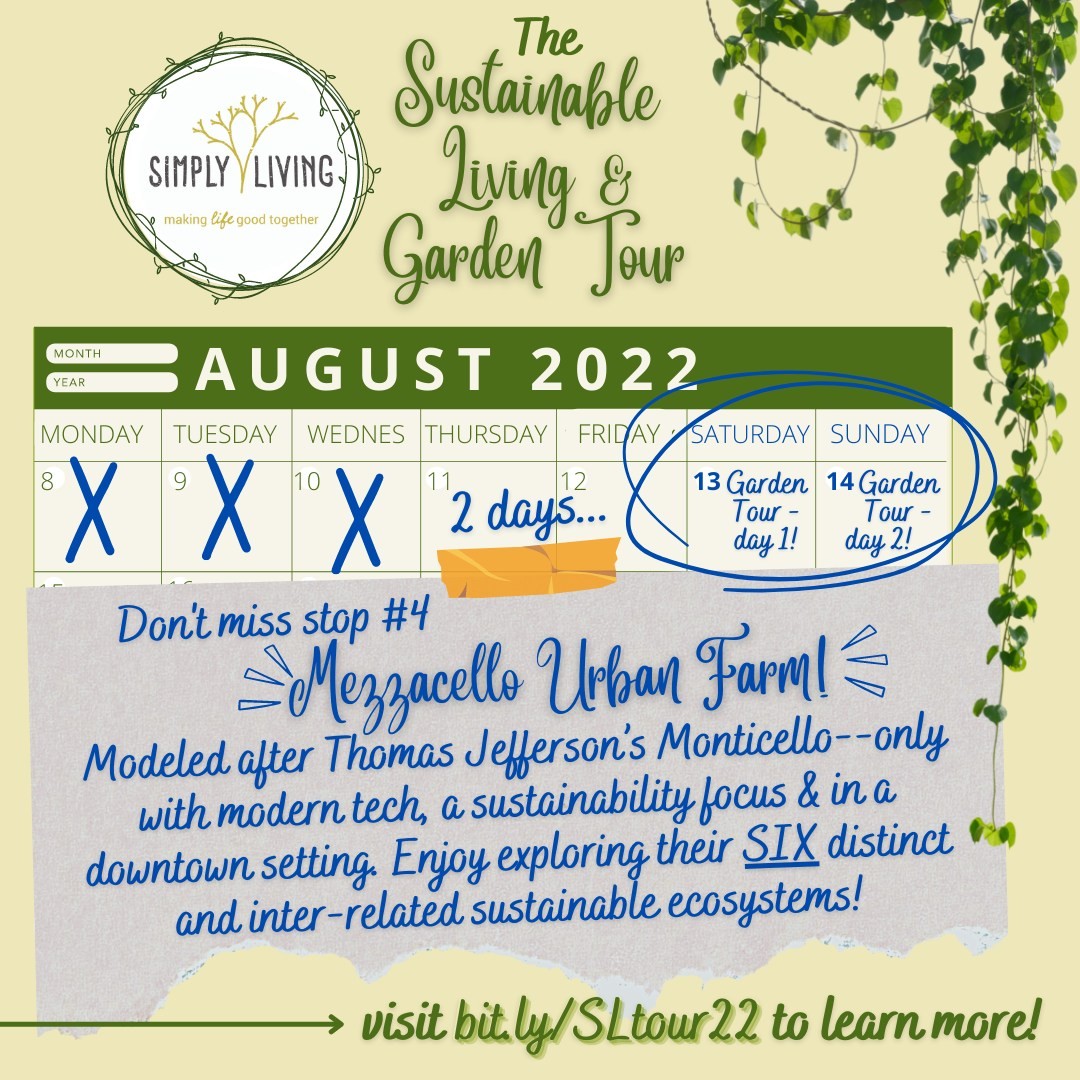 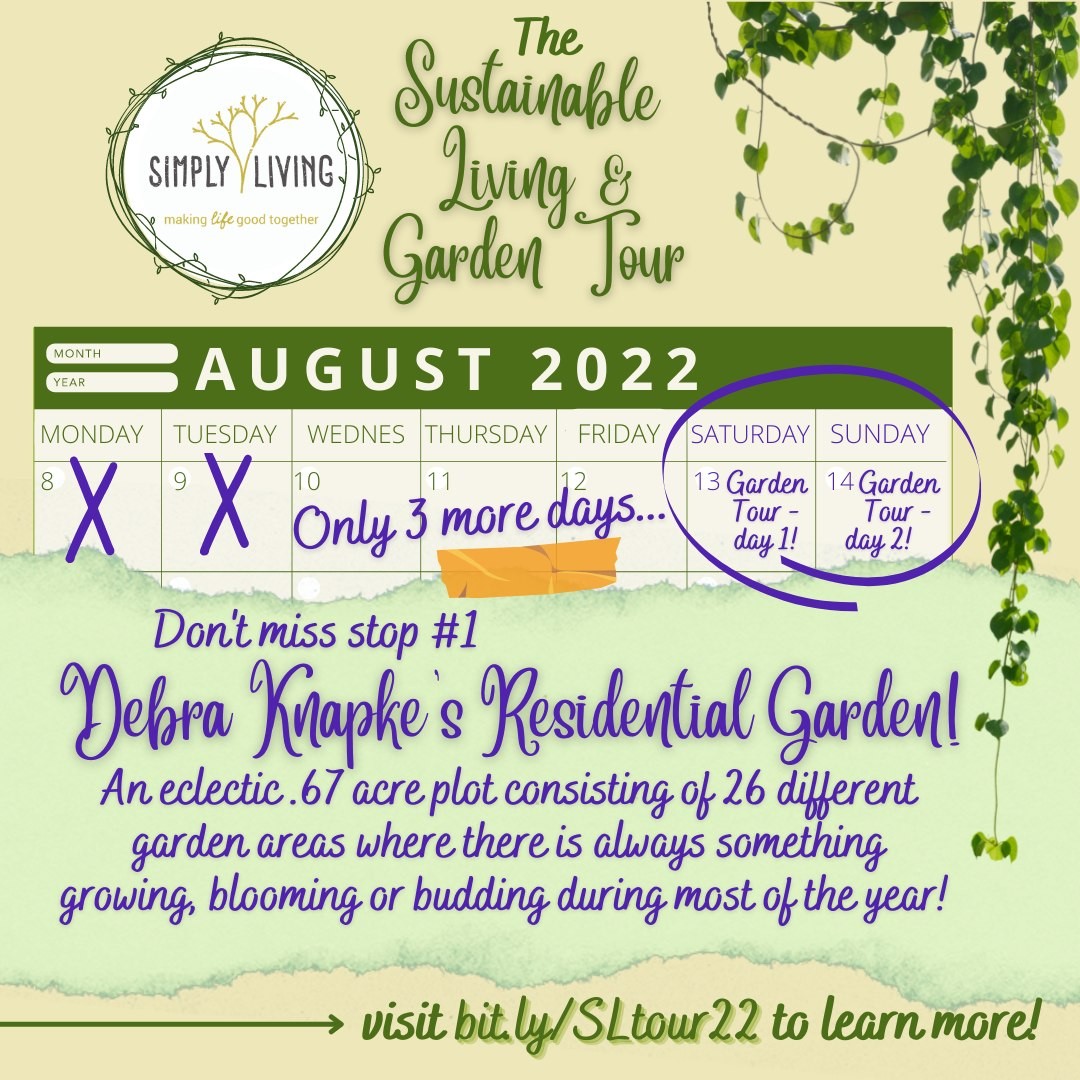 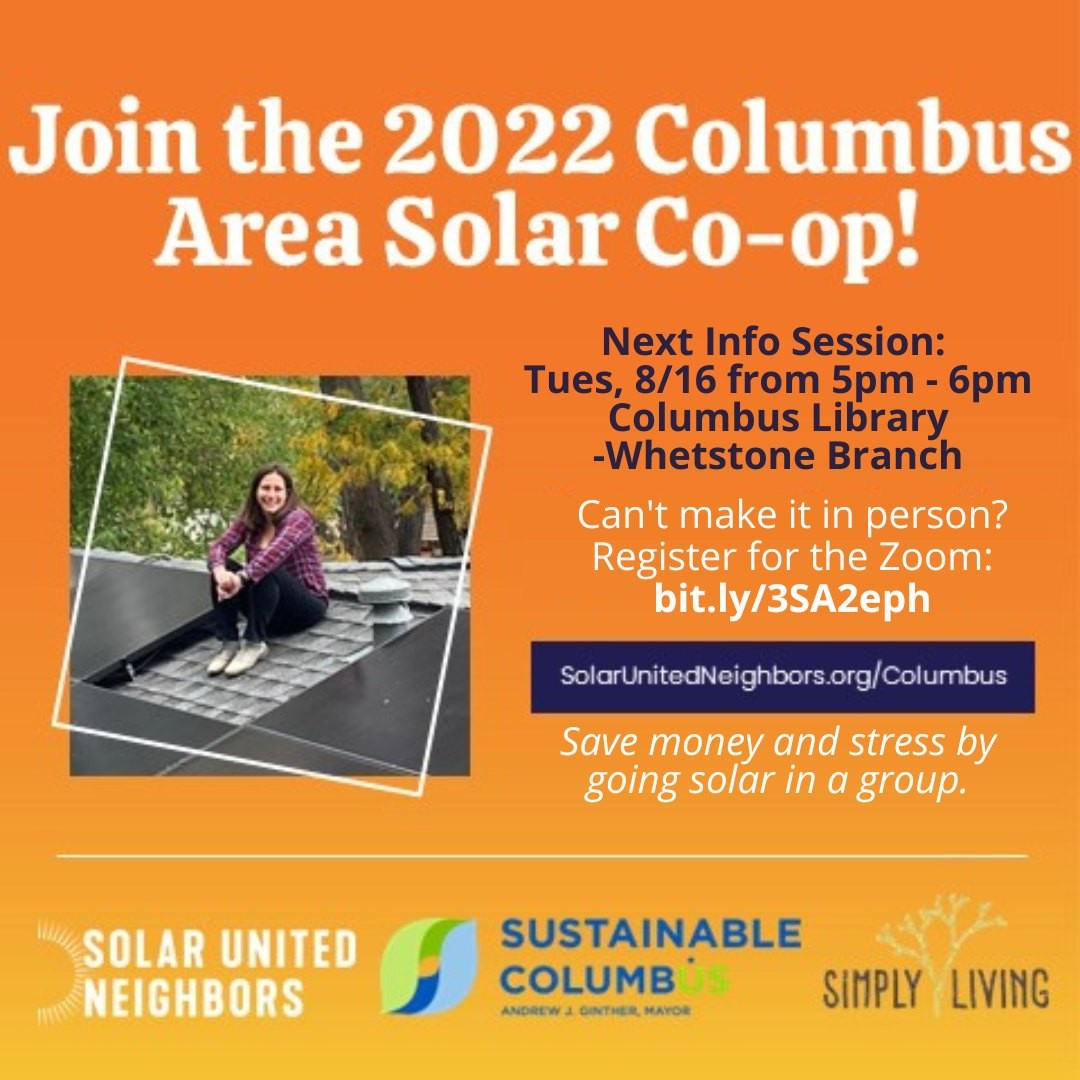 simplyliving614
•
Follow
What's a solar co-op? A great way to save money and stress by going solar in a group 😎 Join us for the next co-op info session next Tuesday, 8/16 from 5-6pm. This session is held in-person at the Columbus Metropolitan Library (Whetstone Branch, 3909 N High St, Columbus, OH 43214) or online via Zoom. The co-op is free to join and members are *not* obligated to buy solar panels. Co-op members get: • a free review of your roof to see if solar panels will work for you • one-on-one support for all your questions about going solar • an individualized proposal for solar at a bulk rate Not able to make it in person? Join us that evening on Zoom! Registration is required: bit.ly/3SA2eph
View on Instagram |
5/9 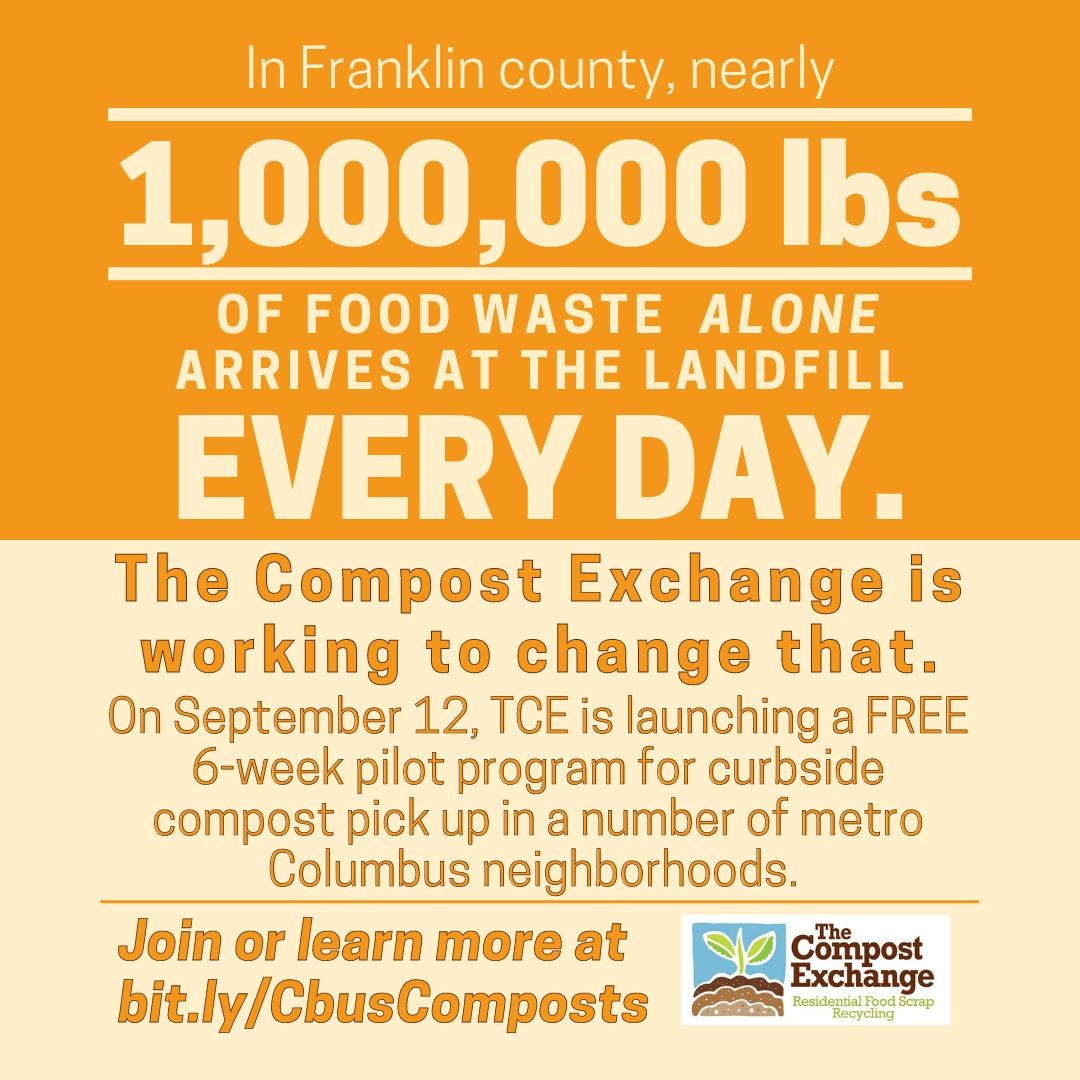 simplyliving614
•
Follow
A million pounds of food waste a day adds up to ~90,000 TONS of food waste per year here in metro Columbus 😱 But! Composting food scraps is a great way to redirect waste from landfills. The Compost Exchange makes it easy to compost your food scraps, even if you don't have your own compost at home. With their curbside pick up service, you don't even have to leave your house! This FREE pilot program is launching in seven metro neighborhoods but if yours isn't one of them, don't worry! You can still utilize any of the 8 compost drop-off locations throughout the city. Visit bit.ly/CbusComposts to learn more about the upcoming pilot program.
View on Instagram |
6/9 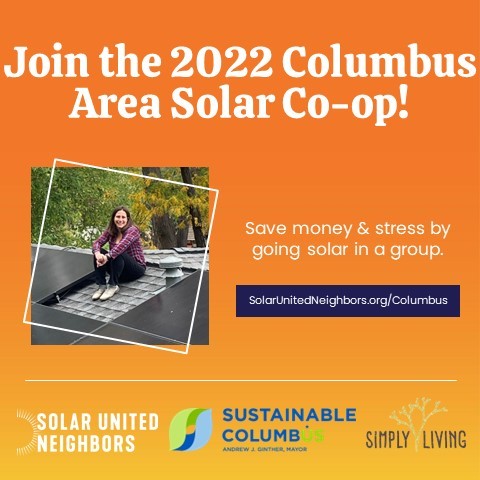 simplyliving614
•
Follow
Tomorrow at noon! Join our information session to learn about our 2022 Solarize Columbus coop, and learn how you can achieve significant savings by going solar with a group. More: https://conta.cc/3QiWD4W
View on Instagram |
7/9 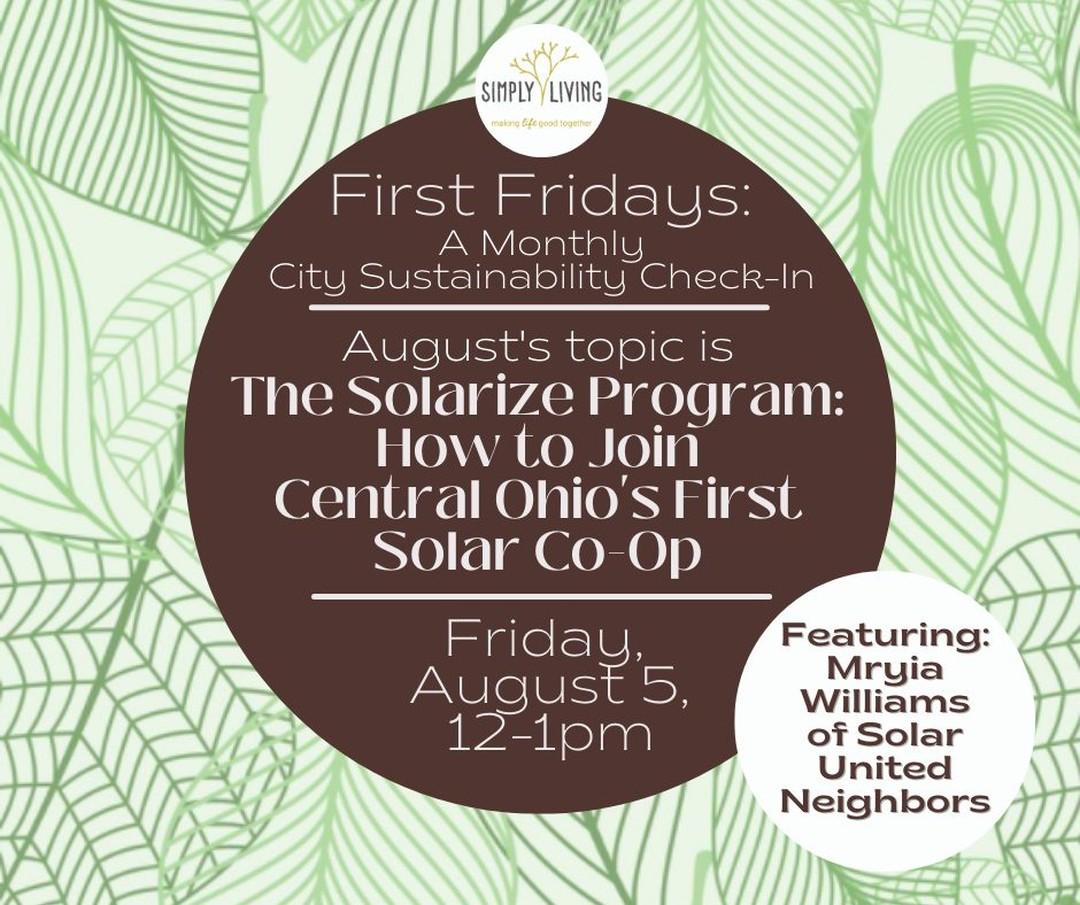 simplyliving614
•
Follow
Join us TOMORROW at noon for more info about Central Ohio's first solar co-op ☀️ What's a solar co-op, you ask? Imagine walking into a solar company’s office with 50 or 100 of your neighbors and saying, “We all want to get solar. What kind of deal can you give us?” ✨That's a solar co-op!✨ Often, co-op members can obtain a 10-15% discount on a solar system. Couple that with the 26% federal tax break – which falls to 22% next year – and solar becomes truly affordable. Our friends at Solar United Neighbors are working with a cohort of city and community groups to help gather at least 75 Columbus-area folks to join the co-op. Register for our First Fridays event tomorrow, August 5th at noon, to learn more about this fantastic opportunity! Register here for the Zoom link: bit.ly/3oP4j32 For more information about the solar co-op and to sign up, visit SolarUnitedNeighbors.org/Columbus
View on Instagram |
8/9 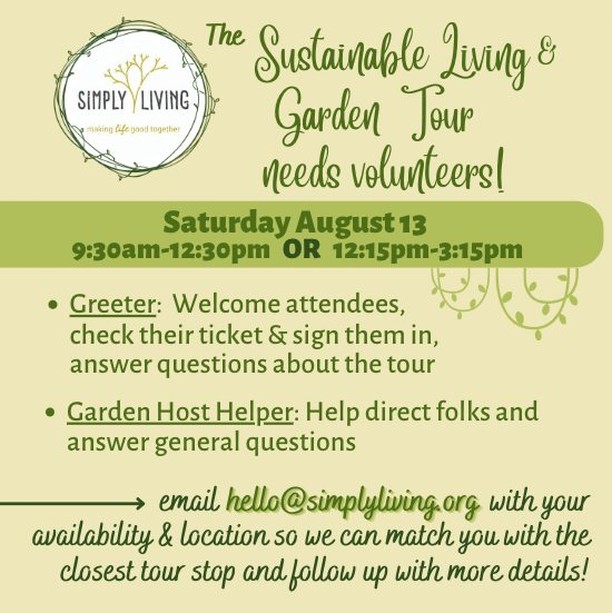 simplyliving614
•
Follow
Simply Living needs help to make sure our 2022 Sustainable Living & Garden Tour runs smoothly! Please consider volunteering for a 3-hour shift on Saturday, August 13. We need both Greeters and Garden Host Helpers 😎 👉 Email hello@simplyliving.org with your name, availability, and location so that we can match you to the closest tour stop and follow up with more details.
View on Instagram |
9/9
View on Instagram